American ingenuity at work, Howard & Charles Kennedy created the country’s first metal toolboxes and storage cabinets over a century ago. Today, the first is still the finest – our tool storage is designed and built with the best materials and craftsmanship so that they’ll last a lifetime – guaranteed.

Kennedy Manufacturing was founded in 1911 in Ft. Wayne, Indiana. Production was moved to Van Wert, Ohio in 1914. Today you will still find Kennedy located in Van Wert, OH producing and marketing to the industry an array of classic and innovative tool storage equipment worldwide. Kennedy is trusted by generations before you, built to serve generations after you.

A Trip Down Memory Lane

Since 1911, Kennedy has been building the industry's most dependable tool storage units. It was in 1909, that Howard Kennedy, an engineer with the Pennsylvania Railroad, became an innovator born from need. Due to the rigors of the railroad, the standard fabric cloth tool holders were not protecting his gear. From his garage in Fort Wayne, Indiana, Howard designed and built a metal suitcase for himself, which was then requested by other railroad engineers.

Howard's brother, Charles Kennedy, at the time was an advertising executive and resided in Chicago, Illinois. They discussed the need and business potential for Howard's new all metal suitcase. It was in 1911 that Kennedy Manufacturing Company was formally established. Together, the brothers ran the company and designed and manufactured the first metal mechanics box and metal tackle box for Kennedy.

In 1914, at the urging of local businessmen from Van Wert, Ohio, the factory was relocated from Howard's garage in Fort Wayne to a building, ironically located beside the Pennsylvania Railroad tracks in Van Wert, Ohio. From this move, a vision was formed and concentration was placed on designing a variety of different metal products; lunch boxes, electricians kits, machinists' chests, car luggage carrier, utility shelves, and roller cabinets.

Kennedy branded products are still to this day manufactured in Van Wert, Ohio. 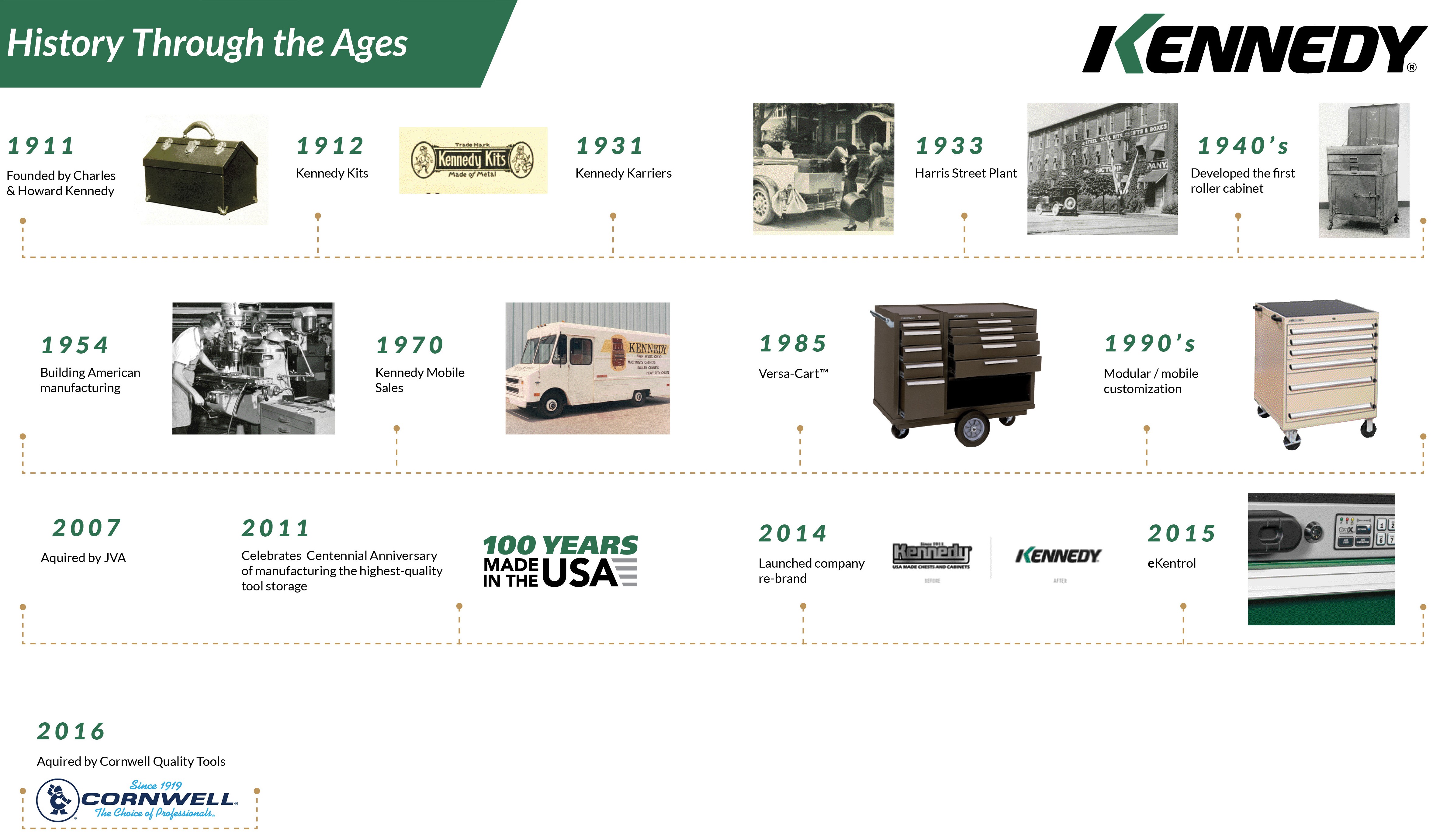